The Colosseum and the Imperial Forums 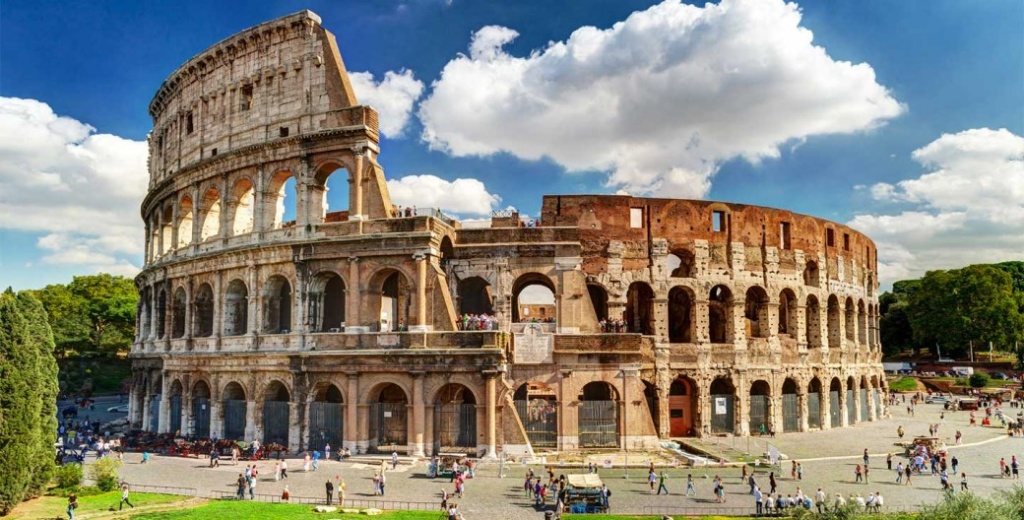 The stage that many tourists are curious about when they visit Rome is definitely the Coliseum. Built in the year 72 a.C. at the order of Flavia dynasty, the Flavio Amphitheatre, which could host an audience of 150 000, was the stage for a big variety of games, such as animal fights and gladiators combats, but also more cruel events, such as beasts tearing convicts. From Coliseum, you can walk towards the majestic archaeological area of the Roman Forum, which was once the political, economical and religious heart of Rome. 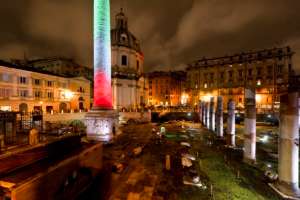 Next to the Roman Forum you can see the Fori Imperiali (The Imperial Forums), such as those of Augustus, of Nerva, Caesar, Trajan and the one of Peace. This imposing complex, considered by the ancient civilizations as the eighth wonder of the world, was started in 107 and finished during the ruling of Adriano. Nowadays is one of the favorite places for the summer high roman fashion parades.